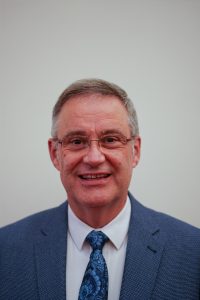 Steven became Pastor in Ballymena Baptist in November 2017. He has previously served as Pastor in Bethany Baptist Bangor and Ballymoney Baptist Church. He is married to Gail and has four grown-up children, Andrew, Simon, Matthew and Jonathan. Andrew and Simon are both serving the Lord in ministry and Gail is the Director of Women’s Ministry for the Association of Baptist Churches in Ireland. Steven is committed to the practice of faithful biblical exposition and is an able and gifted preacher. He serves on the board of UFM worldwide and loves to spend his free time with his grandchildren. To get in touch with Steven, please email info@ballymenabaptist.org 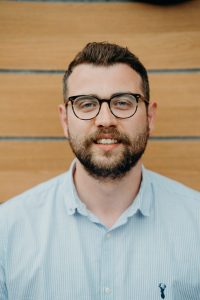 James joined Ballymena Baptist as Assistant Pastor in August 2022, having spent 3 years as a pastor in training at Charlotte Chapel in Edinburgh. Before that he felt a call to pastoral ministry whilst attending the Cornhill training course in Belfast. He is a massive fan of the Ireland Cricket team and a long-suffering Sheffield Wednesday supporter. In his spare time he is trying to learn Spanish and plays a bit of guitar. James’ better half is Emily and they have 2 boys called Seth and Finlay. James and Emily are both really excited to share the gospel with the people of Ballymena and to be part of the church family at Ballymena Baptist. If you want to contact James just drop him an email at james@ballymenabaptist.org 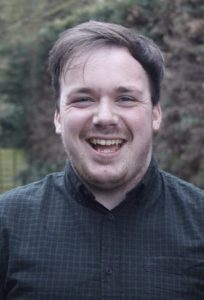 Josh joined Ballymena Baptist in September 2022 as our pastoral assistant looking after youth and families. He has previously been involved in youth ministry in Cambridge, and is passionate about sharing the gospel with young people, and encouraging them to grow in their faith. He is married to Rachel who is a teacher, and they’re excited to be back home in Northern Ireland. Josh loves a good cup of coffee, and is always up for a chat over one! Josh can be contacted via josh@ballymenabaptist.org 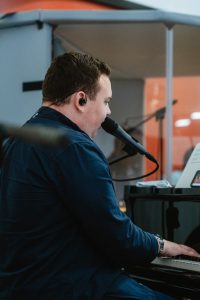 Callum commenced his internship with Ballymena Baptist in September 2021. He grew up in the church and has been blessed to serve on the music and tech teams in the church for several years. Callum graduated with a degree in music and is currently undertaking postgraduate theological study at the Irish Baptist College. Callum’s role involves supporting the music, tech and media aspects of the church’s ministry while also seeking to learn and develop in areas such as preaching and pastoral care. Alongside his role in the church, Callum works as a session musician and as a peripatetic music tutor in local schools. In his spare time he can usually be found on his bike or in a coffee shop! Callum can be contacted via media@ballymenabaptist.org 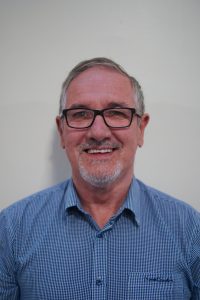 Terry was born in Coleraine and twenty-three years later met the Lord in Portstewart. Since that day Terry has been careful to allow the Lord to direct his paths, especially in His leading to Ballymena Baptist Church. He is married to Rae and they have four children and seven grandchildren. Having retired his post as an engineer in the Department of Regional Development, Roads Service, Terry says that he is now busier than ever with the administration of the church and his grandchildren! Despite this, since retirement he has still managed to discover all the coffee shops in Ballymena, and more than a few further afield. 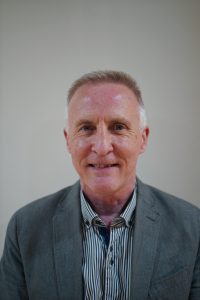 Roy is married to Ruth and they have 3 children, Ashley, Timothy and Peter. His main responsibility as an elder is pastoral care within the church. Roy also has responsibility for the safeguarding of both children and vulnerable adults. Much of his time outside of church is spent in his secular employment in the delivery of health and social care. When time permits (and not frequently enough!) Roy enjoys an energetic walk followed by a full-bodied cup of coffee! 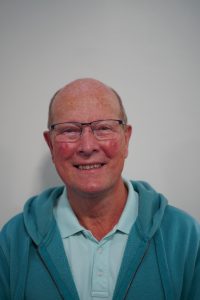 Philip is the elder overseeing the teaching and praise strands of the church. He leads a Prayer and Care group, teaches the Sixth Form Bible Class, organises and lectures at the Irish Baptist College Christian Education course in the church and plays in one of the praise bands. He is married to Meredith, has 3 grown-up children and 3 grandchildren, and is now retired having spent all his working life in education. 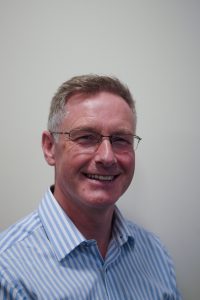 David is married to Wilma and has 3 grown-up children and one grandson. He is involved in both visitation and teaching within the church. In addition to this, David also regularly has the opportunity to preach in other local churches. David is passionate about seeing others won for Christ and maturing in their faith. Outside of church David is employed in a local manufacturing company and is a keen sports enthusiast. 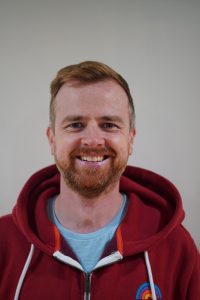 Nigel is married to Tracy and they have three young children – Hannah, Esther and Samuel. Nigel grew up in Ballymena Baptist and was saved as a young child through the influence of his parents and the Sunday School teaching of the church. He has served in various organisations in the church since his teenage years and, more recently, has served on the finance committee and as a deacon for seven years. He joined the eldership in November 2020, the third generation of the Moore family to serve in the role within Ballymena Baptist Church. Nigel is a Director of a medium sized firm of accountants in Belfast and is also a keen sports fan and passionate supporter of the Northern Ireland football team. 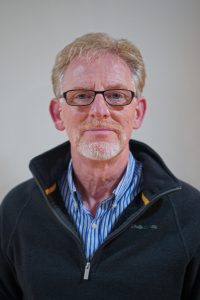 Ken has served as an elder for over 20 years. He has a passion for Mission and oversees the involvement of our church in mission and support our members who serve as missionaries. He is married to Judith and has two sons. He works as a senior engineer for a local manufacturing company 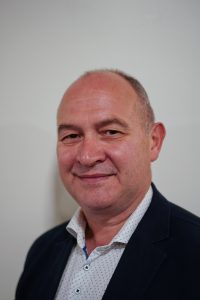 Stephen is married to Angela and they have 4 boys and one grandson. He works as a local GP and has interests in reading, walking and music. Angela works as a mobiliser for the Teach Beyond Mission. He currently co-ordinates the music team at Ballymena Baptist Church.